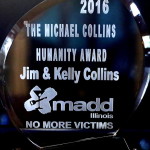 In the past MADD Community Award, now the Michael Collins Humanity Award, is given to the individual or organization that demonstrates fellowship with others as the result of the sharing of similar attitudes, values, interests and goals with respect to MADD’s mission and the overall desire for the improvement of the quality of life in their community.

Michael Collins was a 22 year old senior at Illinois State University majoring in Exercise Science when on March 29, 2014 a drunk driver with a blood alcohol content level more than twice the legal limit ran a red light traveling over 100 mph at the intersection of Main Street and Empire Street and collided with a vehicle that Michael Collins was a passenger in. Michael succumbed to the injuries he sustained at the crash and passed away four days later on April 2, 2014.

“Jim and Kelly Collins are wonderful people who have had the ultimate tragedy bestowed upon them and that is the loss of a child. The Collins family and The Michael Collins Foundation have been extremely generous to MADD Illinois and have donated considerable funds, as well as their time and leadership that has allowed for MADD to further pursue its mission to stop drunk and drugged driving, prevent underage drinking and provide services to victims of the violent crime,” said Sam Canzoneri, State Executive Director of MADD Illinois.

“Our family is deeply humbled that MADD has changed the name of the award to embody Michael’s spirit and the mission of his foundation. We will continue to partner with MADD to raise awareness and fight against this senseless and preventable crime,” said Kelly Collins, mother of Michael Collins 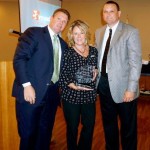 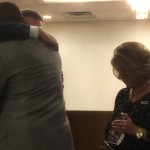